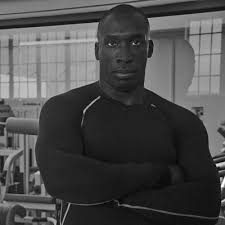 Daniel Sam (born 13 August 1981) is an English super heavyweight kickboxer and is currently ranked UK number 1 in the heavyweight division of Muay Thai.[1] He has fought on the top kickboxing promotions including ENFUSION, SUPERKOMBAT and GLORY. Sam is known for his flying knees, devastating low kicks and strong punches.

In September 2017 Sam fought on the Phoenix Championship 3 event at the o2 arena, London. In a fight under full Muay Thai rules, he beat Steven 'the Panda' Banks via TKO in the 3rd round.[2]

In a rematch versus Tomas Mozny on Fight Night St. Tropez (August 2017), Sam avenged a loss suffered a year earlier on the same event, winning by unanimous decision against the GLORY kickboxing world ranked no.10 heavyweight.

Sam won the Capital Fights French Federation title with a unanimous decision win over Nordine Mahieddine in Paris (May 2017).

In March 2017, Sam won the Enfusion Live Abu Dhabi tournament with two wins in one night and captured the fighter of the night award. In the semi-final he beat Moroccan heavyweight Yassin Ben Sallam via unanimous decision. In the tournament final Sam faced GLORY ranked no.15 Thomas Vanneste from Belgium and won with a devastating 3rd round knockout.[3]

In November 2016 Sam faced Patrice Quarteron in a highly anticipated grudge match in Paris, winning by unanimous decision in front of a large crowd in November 2017 [4]. The fight and the result gained worldwide popularity due to the hostile build up and bad blood between both fighters[5]. Top French rapper Booba subsequently recorded a song titled Daniel Sam[6] in which he celebrates Sam's victory.

Enfusion reality tournament season 4 (Search for the superpro) took place in Koh Samui, Thailand in Sep 2013. Sam faced 4 opponents from Australia, Netherlands, Ivory Coast and Morocco (the last 3 opponents were fought all in a one night tournament). Sam won every fight, the tournament and became the Enfusion Heavyweight World Champion.